Man On The Floor 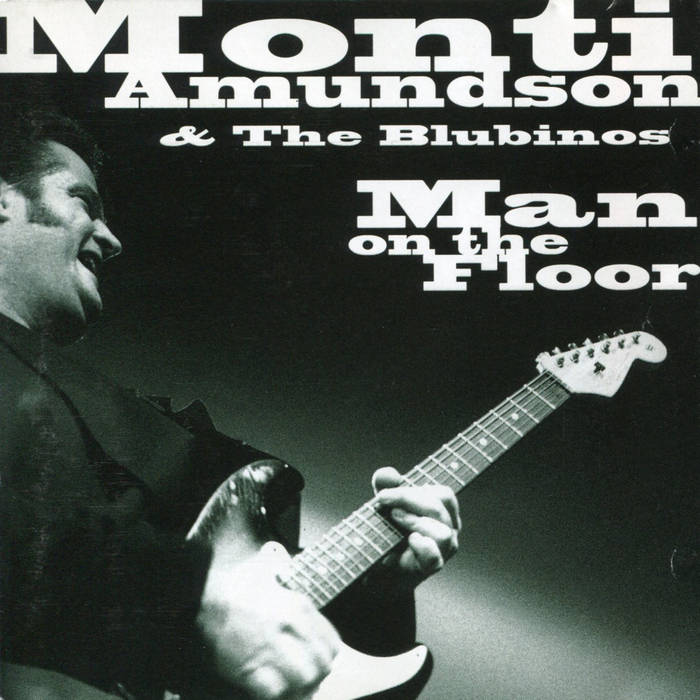 Back in The States I teamed up with drummer Boyd Small and bassist X. I had worked with these guys before but not in the same band. This was as good a band as I could ever hope to be in. Boyd Small had been the drummer for The Terraplanes, is a great singer and writes killer songs. X is a bass player's bass player. We also had that "greater than the sum of their parts" thing going on. People recognized it - but X's spear had the sharpest point. In Seattle, at Bumbershoot, his solo incited a near-riot. The audience was screaming so loud it made my ears clip. I lost my equilibrium - it's the loudest sound I've ever heard! I kid you not - people still talk about that show today.

That's the good part - but there's also a negative side to this whole bluesman Thing. It's the part where you make plans to rule the world, and then for whatever reason, people don't cooperate. This is one such story.

The plan was to take our incredibly tight, shit-kicking unit to Holland and do a short tour. After which we would go immediately into the studio to record the new album. Back in the day, this is how it was done. You get all revved up on the tour and it spills out all over the recording. It's a beautiful thing when it works.

Alcohol. Add it to just about anything in the music business and watch everything go straight to hell. Yeah, it's cute when you're in your early twenties. Drink up kids. One day you'll wake up to find that you're playing the same set list in the same bar - only it's ten years later. That old guy you used to heckle? That's you pal. You are the definition of a hack.

The thing is, I love X's playing. I think he's brilliant. Another bass player friend of mine likens our musical relationship to the scene in a movie where two people are running toward each other in slow-motion on the beach. Love and kisses all around.

Love him or not, X just about killed me on that tour - if you could call it that. All the promises in the world couldn't keep him from drinking our plan into a big black hole. Those songs we knew so well? At the bottom of a bottle of Jack Daniels.

On the fifth day of the tour X crashed. I don't want to go on about this incident or go into detail - I just don't know how to tell the story of the making of "Man On The Floor" without first telling the story of X. Because of him Boyd and I had to scramble to get a bass player to finish the tour. Because on that fifth day X caught an early plane home. Four shows and out.

Boyd was worried about getting a bass player for the show we had that night. I was more worried about how we were going to make the new album. The studio in Amsterdam had been booked for months. I needed to come through on this one.

We left for the show that morning without a bass player. I told Boyd that when we got there the promoter would know someone from the city who could play bass. When we arrived at the gig there was a group of guys standing around looking like they might know who the local musicians were. One of them said "Hey it's Monti! Welcome back to Maastricht. Is there anything you need for the show"? "Yeah", I said, "Got any bass players backstage?"

Oprah doesn't believe in luck. Well I do. Big time. Standing right there in this group of Dutchman was Paul Griede. One of Maastricht's own rock stars. "So Paul", I said, "You play bass?" He says he does. I asked him if he knew any of my songs. He said "I know all your songs."
The guy goes home and gets his gear and not only does he save the tour, but he does a fine job in the studio as well.

We ended up playing 110 shows in eleven countries in support of "Man On The Floor".

I like this record. That it got made at all is a miracle to me. No record I ever made turned out like it was supposed to. But there's truth in some of those grooves and that's all that matters in the end.

All songs written by Monti Amundson and/or Boyd Small