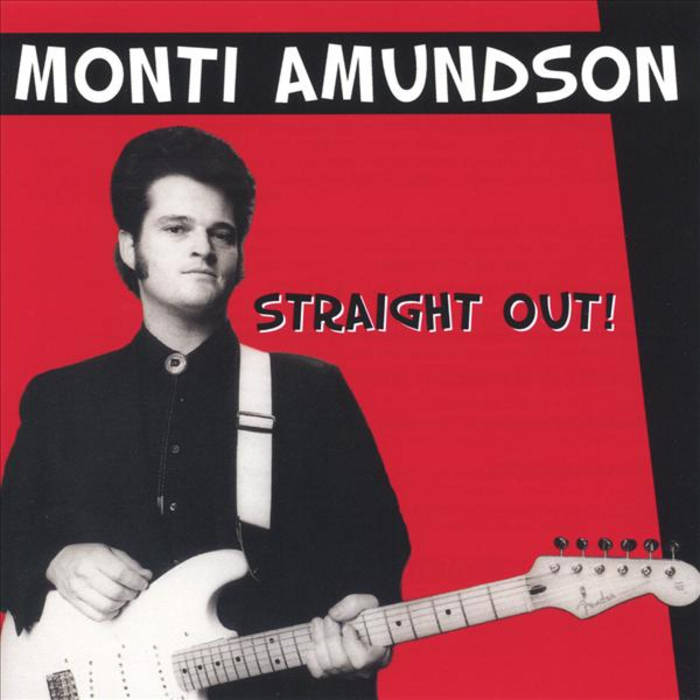 STRAIGHT OUT! is part of a 4-CD set called "The Songwriter" but is available separately as well.

I moved to Portland, Oregon in 1987 and got a job working security At The Palace, a 25-room rehearsal warehouse. For my services I was given the use of one of the upper-floor practice spaces where I could live as well as rehearse. Chris Stucky, also a resident security guard and aspiring guitarist and I pooled our money after a weekend of busking and bought a 50 lbs bag of brown rice. Thereafter, whenever one of us made a little money we would buy some carrots and broccoli and eat like kings. Rock-star-thin? No problem.

The Blubinos (Cory Burden and Debbie Smith) rehearsed 3 or 4 times a week. It was a very productive time for me. I would write a song in the morning (my favorite time for writing) and rehearse it with the band in the evening. If the song worked, it was in the set at the next gig.

When The Blubinos started making a little money performing, we spent it all on recording. In those days recording was very expensive. Not like today. Just for starters, a roll of 2" tape was $150 and had only 15 minutes of recording time. The studio was, for that time, quite reasonably priced at $50 an hour. Before the Blubinos I had sent many a demo-tape to the record companies with no luck at all. If we hadn't of made that first album ourselves, it would never have been made. Hell, I might have gone back to being an electrician.

"Straight Out!" (by The Blubinos) was originally released on Cassette and sold extremely well in the Northwest. In 1991 The Blubinos were invited to perform in Belgium at The Handzame Blues Festival. We took several boxes of cassettes with us for promotion and to sell. Much to our chagrin, we could barely give them away and sold, I think, 12 cassettes. Europe was headlong into the CD thing by then and no one even owned a cassette player.

Drop it in and turn it up. First thing you'll notice is that it's way ahead of you - Instantly in the slot, already cranked to where it feels good.

This is the debut release from Monti Amundson and the Blubinos, appropriately titled, "Straight Out!" because it comes straight out of the hearts, souls, and hands of these three musicians, and straight at you like the heat that roars off a roadhouse stage. Drums that punch like a heavyweight. Bass as solid as freeway blacktop. Guitar that could barbecue steaks right through your speakers. As warm and honest as dancing up a sweat on a Saturday night.

The twelve tunes here came from the searing pen of Monti Amundson, a veteran of the same Eugene to Portland I-5 axis that spun off such groups as the Robert Cray Band, Johnny and the Distractions and the Jackals. But what's expressed here might come from any red-blooded, clear-eyed guy ( provided he can write well ).

Often that's about fielding whatever gets pitched by some red-blooded gal, whether that's rejection ( "Take A Walk" ), accusation ( "I'm Wrong" ), possessiveness ( "Purple Heart" ), suspiciousness ( "Female Dictionary" ), chronic tardiness ( "Shake A Leg Meg" ), and even outright meanness and mayhem ( "Cruel Is Your Name" ). Monti puts it all across with razor-sharp vocal phrasing and humorous, shrugging asides.

But he deals with other kinds of joys and pains, too, like in "Sin No More Blues," a steely confrontation with the ghost of bad habits: "Spuds Mckenzie don't you twist my arm / every time I start I can't stop". All through, Monti sounds like a rough-and-ready ( and not entirely unromantic ) rock'n'roll Everyman.

Except that not everyman can play like this. "I'm a blues guitar player in a band that plays rock'n'roll," is how Amundson explains it, but he doesn't so much as straddle the line between the genres as bend it, ignore it, or race back and forth across it until both sides go up in flames. And the rhythm team of bassist Debbie Smith and drummer Cory Burden struts, shuffles and slams with the best of them.

Together, Monti and the band take the smoky soul of barn-burning Texas blues and turn it into a revved-up restatement of the essential message of rock'n'roll: turn it up and tear it up!

Recorded and mixed by Bill Barnett at Gung Ho Studios in Eugene, Oregon.