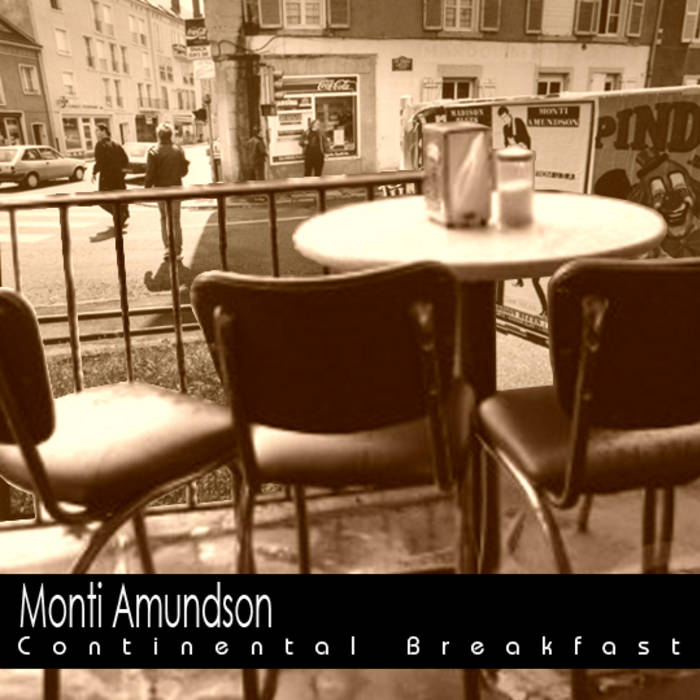 CONTINENTAL BREAKFAST is part of a 4-CD set called "The Songwriter" but is available separately as well.

Within four hours of landing in Paris I started drinking again. Make of that what you will, but I assure the reader that it was a coincidence that it was five years to the day since I had last had a drink. It was June 17, 1992 and like so many times before, I was starting a new life.

The first time I traveled to Europe was with the Blubinos, a year earlier. We had been invited to perform at the Handzame Blues Festival in Belgium. At dinner our host opened a fairly expensive bottle of wine in our honer and we insulted him by refusing a drink.

This time I said yes, thank you. I wanted to mirror the Europeans in every way, to eat and drink in exact proportion. They seemed to know what they were doing. Everyone seemed to get more out of the simple things in life. I wanted some of that.

I wrote the title song "Continental Breakfast" on my second day in France. How cliche is that? I wasn't going to spend any more time worrying about tomorrow. I was going to have a life first and if it worked out that I could have a modest career as well, so be it.

The first nine songs on the CD "Continental Breakfast" are different versions of songs you can find on my other CDs but are previously unreleased. They feature the fine work of Portland A-listers Jimi Bott, Willy Barber and DK Stewart.

All songs written and produced by Monti Amundson