Dangling From A Rope 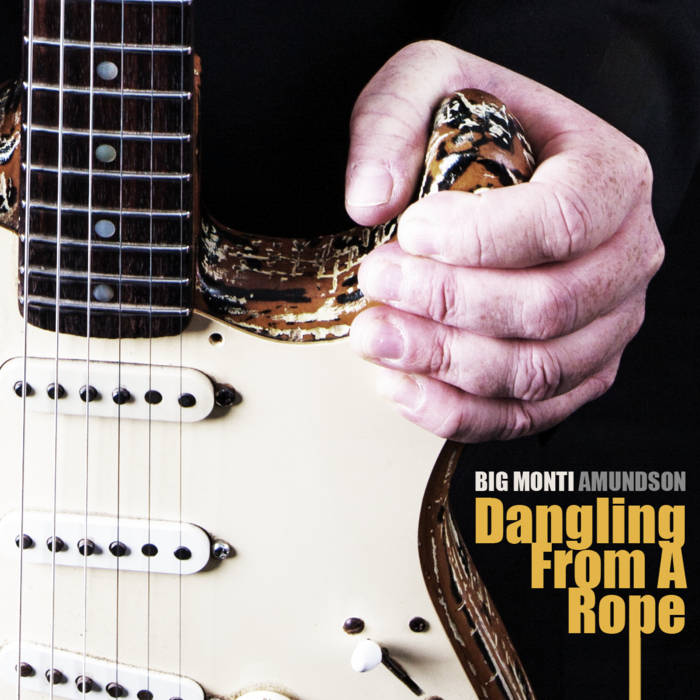 For A Preview of the Record -> ow.ly/rucG6

Over the years I’ve written a lot of songs. Some of those songs make their way onto albums while others, for any number of reasons, end up in a notebook, filed away for future reference. Then one day you’re playing guitar, working on something new and a song just seems to fall out of the sky. Like you had nothing to do with it at all. You realize that this song is special. It requires a place to exist. For me that place is on an album. That song is “Dangling From A Rope” and it signaled the beginning of an intensely creative period.

So I started digging around in the tape vaults and file folders. Once I’ve decided to make an album, this is where I always start. As I go through my immense cassette collection I am amazed at the number of ideas and half written songs. Riff’s and progressions left for future interpretation. The central ideas are there, so like a novelist, it becomes a process of revision. It’s simple enough: you write, compose and revise. Repeat as necessary. For weeks I don’t answer emails or return calls. Days go by where I don’t see the sun. It can be an exhausting but ultimately rewarding time.

As the songs start taking shape I record them on my old cassette 4-trac. I know, really? I have Cubase and GarageBand on my computer but I am at home on my trusty 4-trac. I manipulate the controls as easily as I slam through the gears of my old ’67 Chevelle! No wasted motion! Zero to sixty in seconds! I rarely need to bounce tracks. Drum machine on 1, bass on 2, guitar on 3 and vocals on 4. I demo up fifteen or sixteen songs and I’m ready for the studio.

I record an album in stages. The basic tracks I recorded at Jeff Tunnell's Furrer Farm Studios in Creswell, Oregon with musician and business partner, Kelly Asay at the board. For drums, I called on old friend and band mate, Cory Burden, and on bass, one of my favorite studio musicians, Johnny Wilmont. At the end of three days I leave the studio with rough mixes. I purposely don’t listen to these tracks for a week or so. When I finally give them a listen, my ears are fresh and I immediately know what needs to be done. Some parts could be better executed. Some vocals could be better phrased. Inevitably, some songs just don’t work. It might be that they don’t fit with the rest of the album or that it just isn’t a very good performance. Fifteen songs shrink to twelve on the first cut. Three more days in the studio for fixes and overdubs and then it’s home again with new rough mixes.

Again, I don’t listen to the songs for a week and when I do, twelve songs shrink to ten. Now it’s time to mix. For this part of the project I booked Gung Ho Studios in Eugene, Oregon. I’ve worked with engineer Billy Barnett on several albums, including “Lightning Strikes” by The Sultans of Slide and “Straight Out!” by the Blubinos. While mixing the song “Dangling From A Rope,” the albums strongest track, it’s apparent that the rhythm track could be better. I call up an old band mate, John Mazzocco to redo the bass part and he suggests drummer Reinhardt Melz. Sometimes you need a fresh take on a song when it isn’t working and John suggested a slightly different approach. John And Reinhardt listen to the track a couple of times and nail it on the first take. Everyone in the control room is blown away! Now we’re ready to mix!

Mixing is hard work and you have to know when to quit for the day. At some point everything starts to sound the same and anything you do after that will almost certainly be a mistake. Whereas I can record for ten to twelve hours straight, I can only mix for seven or eight hours before I’m toast. After a week of mixing, I have heard these ten songs so many times that I couldn’t tell you if it was my best work or if it was crap. I’m exhausted! I do not want to hear these songs again for as long as I live - or at least a couple of weeks! When I finally do give the album a listen I am pleased with the results. Even so, there’s always a song or two that needs to be remixed. In fact, there are three songs that need tweaking. So I schedule another couple of days in the studio and after said tweaking, I’m pretty sure the album is finished. Two days later I listen again to the album in its entirety. I like it a lot!

Mastering is the last step in the recording process. A lot of people skip this step because it’s expensive. Some songs need more bass. Some songs seem a little muddy. Mastering is the process where everything is brought into balance. Mastering is why, when you listen to an album, you don’t have to change the EQ from song to song. You might have a mastering app on your computer and be tempted to do it yourself. But you’d be making a mistake. Spend the money. At the very least you need a new set of ears. My guy for mastering is Ryan Foster from Portland, Oregon. He’s got incredible ears and has given a sonic quality to every album he’s mastered.

The further away I get from the process of recording the more I like the albums I’ve made. In the process of recording I’ve heard this album, “Dangling From A Rope” so many times it’s hard to have any kind of perspective. That’s where you come in. These songs are new to you. You have fresh ears. I hope you enjoy listening to this album as much as we enjoyed making it. Here it is, warts and all. Rock n roll!

Special thanks to Yvonne Richardson for her support above and beyond the call of duty, Heather Killough, Christian Selleron, Jeff Tunnell from Furrer Farm Studios, Brad Lehrer and Tom Thorsen from The Lehrer Pub, and the Asay clan: Cindy, Sam and Henry.